An Open Letter to the Shambhala Sangha: Sexual Misconduct and the Buddhist Project Sunshine 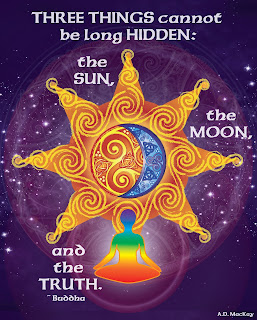 Dear Sangha,
I am writing this letter in light of Buddhist Project Sunshine, a healing initiative started by Andrea Winn to address sexual abuse in the Shambhala Community.
For those of you who don’t know me, my name is Angela MacKay.  I am a clinical psychologist working in private practice in Halifax, Nova Scotia. As a sexual abuse survivor myself, my psychotherapy practice has naturally focused on working with sexual abuse survivors and healing sexual trauma.
I have been involved with the Shambhala community since 2005. While I am a student of Her Eminence Mindrolling Jetsün Khandro Rinpoche, I have always considered the Shambhala Sangha my Sangha as well, my spiritual community when I am not able to be with my teacher and her practitioners in Virginia, USA.
In my experiences with Shambhala, I have never personally experienced any sexual abuse, harassment, or inappropriate behaviour of any kind. But I had heard stories of those who did. Just whispers of abuse, always told in past tense.
“It’s not happening anymore,” I told myself.  “It’s safe now.”
And then I read Project Sunshine’s Phase I Report. And those whispers of abuse turned into screams. Screams of the unheard survivors.
They said, “It’s still happening. It is not safe. “They” know about it. And they’re trying to cover it up.”
I was mortified. I felt betrayed. And I was angry, angry at a religious organization that continued to open its arms to the public, allowing me and countless others into the Sangha, knowing full well that abuse was happening behind closed doors, putting more people at risk for almost fifty years.
When reading the survivors’ stories, I couldn’t help but wonder: Which teacher sexually assaulted them? Have I ever been alone with that person? Did I attend that program? Did I have that meditation instructor? Was I ever in danger? Am I in danger now? Is my five year old son?
Sexual abuse has no place in a spiritual community, or anywhere, for that matter. Not only is abuse unethical and illegal, but it goes against the very Buddhist teachings that we try so hard uphold. The karmic effects of abuse are all-pervasive and last a lifetime, harming so many more people than just those abused. Like a weed, abuse must be pulled out and destroyed, allowing the full potential of the Buddhadharma to grow and flourish.
After reading the Sakyong’s “apology” letter and Project Sunshine’s Phase II Report detailing the sexual misconduct of the Sakyong, I felt sick. My heart broke.
The voices, they quietly said, “Yes, the Sakyong, too. The Sakyong did it, too.”
Thank you, brave survivors, for breaking the silence and speaking up. You are true Shambhala Warriors. Thank you, Andrea Winn, and all collaborators on Project Sunshine, for your immense courage and commitment to uncovering the truth.
While I support Project Sunshine’s vision of an abuse-free Shambhala, this vision takes time. Right now, Shambhala is not abuse-free.
Perpetrators are largely unnamed, untreated, and not held accountable. Survivors are largely unsupported, ostracized, and abandoned. And because perpetrators still hold positions of power and authority in the Shambhala hierarchy, the abuse continues, hidden under the cloak of patriarchy, tradition, and spiritual practice.
While attempts have been made through Shambhala Care and Conduct to support abuse survivors in the community and deal with perpetrators appropriately, these measures, like Project Sunshine’s vision, take time to implement.
So what am I going to do in the interim? What are you going to do?
After much contemplation, I have decided that until perpetrators in the Shambhala Sangha, including the Sakyong, take ownership and apologize for their actions, receive treatment, and step down or are removed from positions of power, I cannot, in good conscience, continue on with Shambhala as I have. I no longer feel safe for myself or my family to attend any Shambhala programs or events. I will no longer support Shambhala International financially in any way, as I refuse to support an Old Boy’s Club, no matter how regal its appearance.
If you haven’t read them already, I encourage you all to read the Project Sunshine reports (Phase I and Phase II) and see the evidence for yourselves. A word of warning—they are quite disturbing. Reflect and contemplate on their contents. And then, once your mind has settled, once confusion has dawned as wisdom and clarity has come, then and only then, take action.
What you do now matters. You have more power than you think. You, we, are the Sangha. We are Shambhala.
It is not too late to do the right thing. Perpetrators—Fess up, step down, and get help. Survivors—Be brave, speak up, and get the support you deserve.
And the rest of us? Believe the survivors. They are not lying. Do not throw the baby out with the bath water. Use the teachings and practices that you have been given, use them as skillfully as you can—we need them, and each other, now more than ever. The Dharma is the only weapon we have to dispel passion, aggression, and ignorance, the root causes of abuse. So wield your weapon carefully, with compassion and wisdom, but decisively, with skill and precision.
Rise up, Sangha, and take a stand. This is your community. Protect it. Protect the Sangha and all sentient beings, as you have vowed to do. Share this letter with others. Pass it on. Abuse thrives in silence—do not be its accomplice.

With love in Dharma,

Here is a link to a fundraiser I created for Project Sunshine, an art piece entitled “The Truth”, pictured above, inspired by a quote by the Buddha. Fifty percent of the profits will go to Andrea Winn and Project Sunshine.